WHY DO SO FEW CITIZENS BOTHER TO VOTE?  AND WHY ARE WE MAKING IT HARDER TO VOTE IN THE FIRST PLACE? 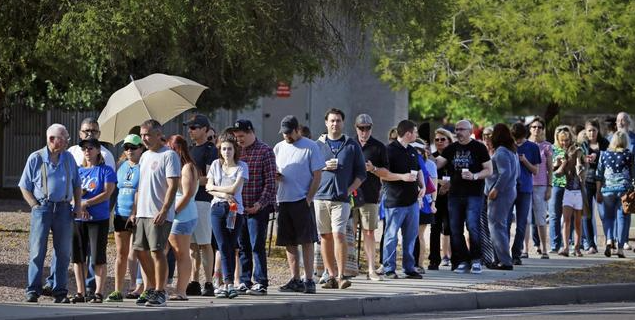 Libertarians could argue that citizens have the right not to vote. There is nothing in the Constitution requiring citizens to vote. They may have good reasons not to vote, such as no candidate addresses their interests, or it takes too much time, or it counts for too little.